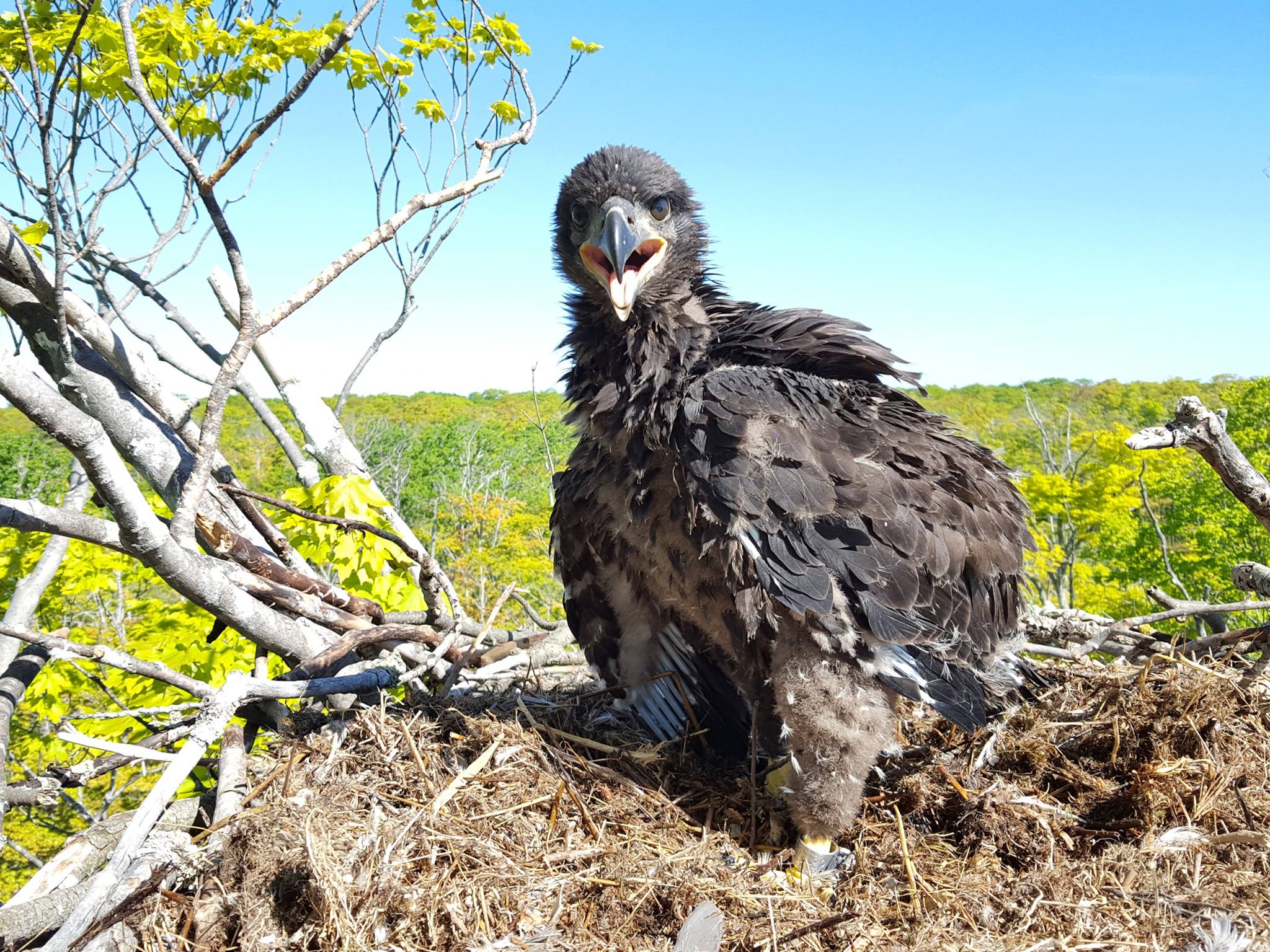 Our “grandson” got banded. Photo by DNR Banding Team Climber Dan Goltz. Notice the band on the left leg, He is up in the nest until late July, early August. Parents were flying overhead while the team brought him down for blood work and banding. They then returned him to the nest.
He was the first of six or seven little ones that the team was able to band. The old nest 30 feet away was on a dead tree and fell last December, 2015. It could not be climbed.
We are so proud!
Photo Provided by Dave Todryk